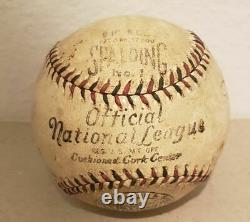 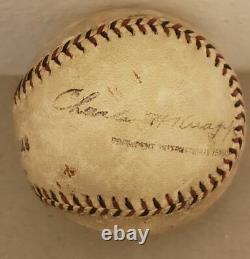 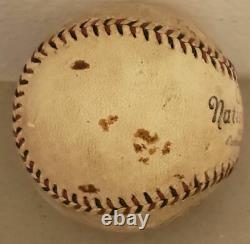 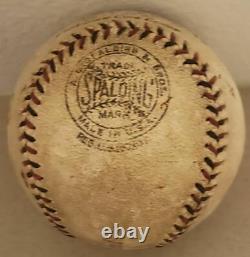 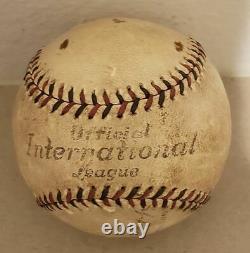 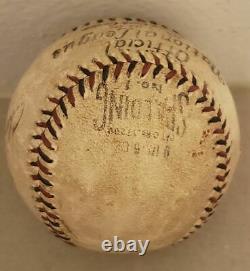 Dick Hoblitzell was umpiring in the International League in 1933 and retired from umpiring in 1934. This ball most likely dates from the 1933-34 seasons. Finding an unsigned baseball from this era that was used professionally, is a rare find. During his time with the Red Sox, he roomed with Babe Ruth on the road and became a two-time World Series Champion in 1915 and 1916.

When he came back from World War I, he played and/or coached/managed in the Minor Leagues until 1931. Many of the minor Leagues actually used American or National League baseballs and then had their own stampings put on the balls with their particular league President. Baseballs, footballs, etc we pack items in boxes using bubble wrap, popcorn, heavy paper to again, ensure that your package arrives to you safe and sound. This is not a for profit part of our business. Lifetime authenticity guarantee from world renowned autograph dealer, Richard Albersheim.